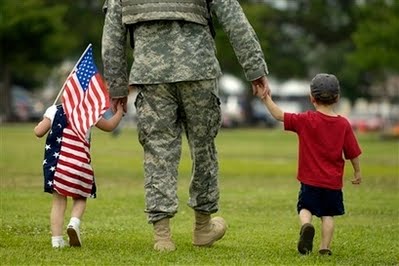 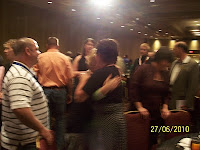 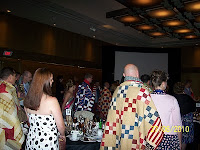 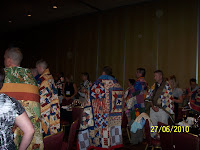 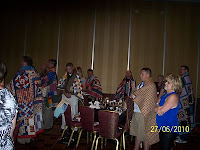 Labels: and the hugs 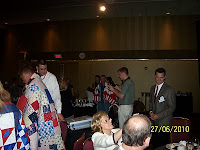 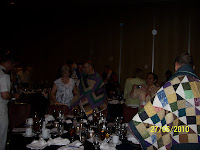 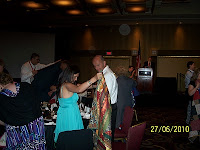 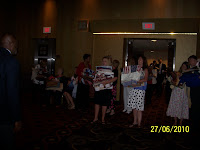 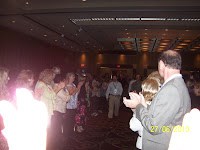 Labels: "wrapping ceremony", bringing in the quilts, The "gauntlet"

Some HUGE thank yous to you!!

Going to the RWW in Milwaukee this past weekend was an experience I’m not likely ever to forget. The Awards Banquet began at 7 PM. We were seated at Captain Pete Davenport’s table. The Program started with of course the National Anthem and Invocation. The Warriors were then asked to leave the room. It was explained to us that some of the men and woman didn’t have a ceremonious welcome home. They get their orders to go home and in their hurry to get home will take any means to get home ASAP. They then hear of other welcoming home ceremonies and say, no one even knows I’m home. So, they had the rest of us form two lines and they came back into the room thru the two lines with applause. The smiles on their faces was a site to see!

They had this table set up for the missing POW’s and each item on the table was symbolic.... I can’t remember all of them. There was of course the hat, the empty chair, a red rose symbolizing blood shed, salt on a plate representing tears, a lit candle for the light to guide them home. So, with the lump in the throat we started dinner, which was very good.

After dinner, the Captain got up and spoke a few words. He then introduced Admiral Dirk Debbink and he also had some grateful words to the Warriors and their significant others. So then came some awards. The guests of these warriors were given an award for their sacrifices made on behalf of the warriors i.e., some having to be “single” parents during deployment, etc. The Deployment awards were given as well. A representative of the Navy League spoke. It’s because of this league that non-service members (like me) are able to attend this function.

The facilitators were then told to go to the back room. What I was told they were doing was collecting the quilts for each of the tables. They then brought in the quilts and presented the quilt to the guest of the warrior. These guests of the warriors was then instructed to wrap the warrior in the quilt. Now THAT was so touching. I had been told of “the wrapping ceremony” but now to actually see it.......WOW. The smiles on their faces was worth every stitch!!! The emcee then spoke of the Quilt of Valor Foundation. He was well informed. They then introduced me and I went up to speak a few words. The first thing out of my mouth was “Oh, I wish my fellow quilters were here to see this!” Being up there and seeing all the colors from the quilts in the room and their faces was awesome!!!

Oh, and then as I was walking off the podium, the Admiral came up to shake my hand and thank us for what we do. He was very familiar with QOVF cause he had just met Catherine Roberts (the founder of QOV) in Washington. He told me he had his quilt hanging in the Pentagon. In that handshake he gave me this medallion. On one side is written: United States Navy Chief of Navy Reserve. The other side has “Presented by Vice Admiral Dirk J. Debbink, U.S. Navy”. I will carry this with me so you can see it as it is yours as well.

After the ceremony so many of them came up to me wanting hugs and thanked me (us) for what we do. Don’t ever let anyone say to you “so, what good is a quilt!” They were saying, “this means so much more to me than....”, “I LOVE my quilt”, “This was so nice of you (us)”, “to think “someone” cared enough...”. One came up to me and said, I see on my label that the lady who made this quilt is from a town next to my own hometown. Can I try and find her to thank her?” By all means I told them...they would love it! Ha...they were thanking me—and I was thanking them. Told them, This is my hobby! Because of what YOU do, I get to have the freedom to do what I love to do.

Gary and I were very impressed—we left there feeling very good.
at 7:28 AM 4 comments:

http://www.bataviaquiltshow.com/
Here is the website for the Batavia Quilt Show held in July. We will be sharing a booth called Quilting for a Cause. Anyone who is able to come and help man the booth, let me know.

I'll post the addy to this month's QOV Newsletter. It's always an interesting read to see what the rest of the country is doing for the soldiers. http://www.qovf.org/Pdf_Files/2010/june.10.newsletter.pdf

Also, I'm in the process of digging up kits for the next sew-in. Tune up them sewing machines! A note: If you ever just want to pick up a kit for a QOV, be my guest! Or if you have a pattern you'd like to try for the Veterans and in need of fabric, also give me a call.

On Saturday, after guild meeting, Sarah and I stopped in at the Quilt Merchant shop. It sure has brightened up in there! Met Docia and left with some really nice pillowcases for our Quilts of Valor.
Thank you.

Now, THAT was fun! 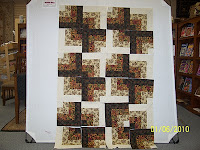 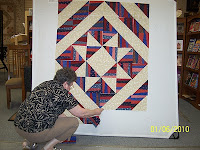 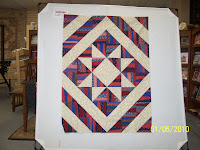 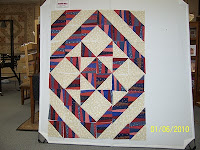 Today we played with stratas and the twisted rail. It still amazes me how many options one has with the blocks. Here look....... 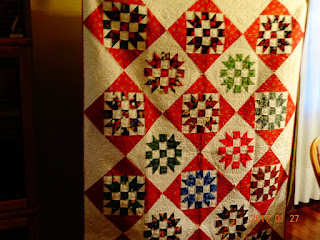 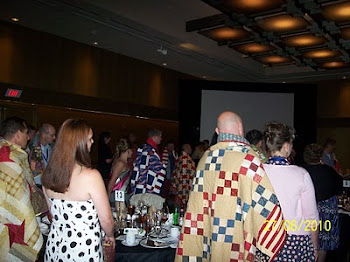 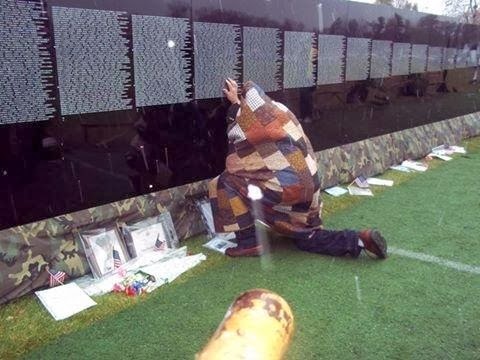 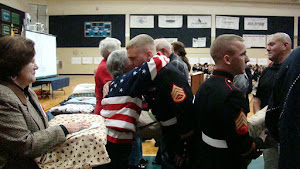 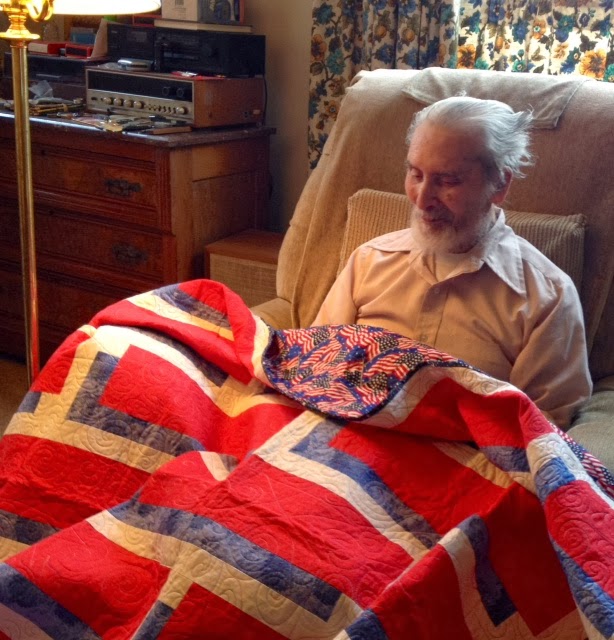